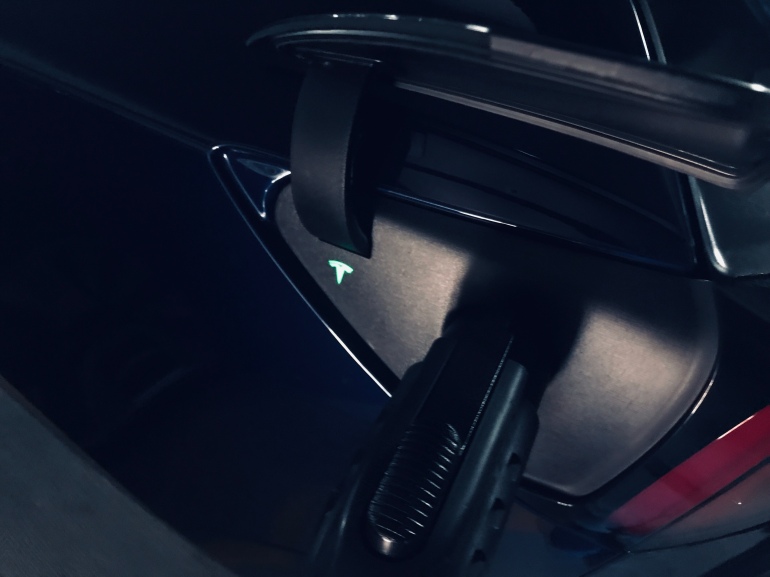 Owning a Tesla was always a dream for me. However, I’m the type of person that refuses to live in the suburbs. I love the city and what it offers. But with that, you have to give up certain things.

Like garages. In all the places I’ve lived in Chicago, I never had a garage spot. If it weren’t for hockey, I probably wouldn’t have a car. I always had my car parked on the street. The last 2 years, I’ve lived in San Diego, and I’ve only had a garage space for the last year.

If you live in densely populated areas like me, you probably have limited to no parking spaces, so having a 240-volt outlet may not be an option. So what are your choices? If your apartment unit has parking spaces, you can talk to the property manager or owner to see if they can install charging units. I know in San Diego, there’s a program specifically for this. If you know several people with plug-ins, you might be able to create a good case for this.

Tesla does provide a 110-volt plug, but this is a really slow charge. It took me over 24 hours to charge half of my battery. I was charging at 4mi/hr. That can get you some emergency miles, but may not be enough. So what now?

The obvious choice is Tesla Superchargers. They will be your fastest chargers. According to Tesla’s site, in California, it’s about $0.26 per kWh. However, there aren’t many in the city. In San Diego, there are currently two. One is about 15 mins from the city center, the other is in a paid parking garage. I guess that those who use those chargers are not locals but individuals that are visiting the city. In Chicago, there’s 4. Only two are in the town, and they aren’t really centrally located.

So what are your other choices? Well, you’ll have to go with the number of Level 2 chargers out there. They won’t be anywhere as fast as the Superchargers. In San Diego, several companies provide power. Probably the most common is ChargePoint. At my work, it charges around 22 mi/hr. If I were really low, it would take several hours to charge me to 90%. The cost seems to range anywhere from $0.31 per kWh to a little over $1. This can be a more costly hour.

There are other companies that provide similar L2 charging, like Blink and EVgo. Volta on the other hand free offers free charging, though I personally haven’t used them; there are two by my apartment, and I’ve tried to use them twice, but they were occupied. Another useful tool is PlugShare. You can use this to find all the commercial and residential charging locations near you.

So if you live in the city, does this mean a Tesla isn’t a great option for you? Not necessarily. Home charging is the best option, but if you don’t have access to that, it’ll require a lot of planning. Definitely want to time your chargings when you are doing other activities, like shopping.

View all posts by Sunil Joseph